Since 1981, we have been celebrating the achievements of amazing women who have conquered the world on different levels with International Women’s Day. What started as a week of celebration quickly turned into a month of honoring women’s contribution to history. During this month, be sure to follow us as we document the road many of these women paved for future generations to run. In the meantime, here is a preview of some amazing women you will see on our page.

Born in Monroe, NC, Mary Beatrice Davidson was an American inventor who grew up in a long line of inventors. Though she received a total of five patents for household creations, Mary became known for her adjustable sanitary belt with an inbuilt, moisture-proof napkin pocket. However, due to racial discrimination, her patent for the sanitary belt was prevented for thirty years. 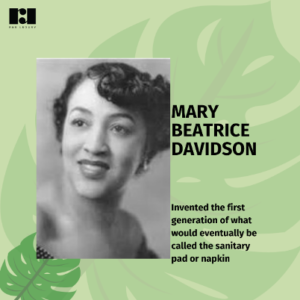 With a $21,000 loan, CEO and Founder of The Honey Pot, Beatrice Dixon, created the world’s first plant-based, feminine care line. Trying to battle bacterial vaginosis with market brands, Beatrice had a dream where her great grandmother came to her with the natural remedy for her problem. Once she was able to treat her bacterial vaginosis successfully, she began to share her washes with her immediate circle.

As of today, The Honey Pot Company can be found nationwide at Target, Walmart, Urban Outfitters, Walgreens, Bed Bath and Beyond, Wegmans, and Whole Foods. 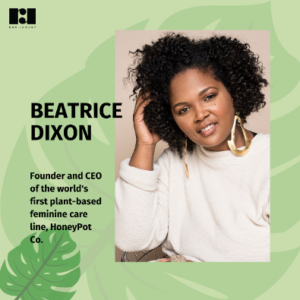 American tennis player and golfer, Althea Gibson, was one of the first Black athletes to win the Grand Slam, Wimbledon, and US Nationals. Gibson, won her first international title, the Caribbean Championships in Jamaica, in 1951 and became the first Black woman to appear on the covers of Sports Illustrated and Time in 1958. In 1976 she became New Jersey's athletic commissioner, being the first woman in the country to hold the role. 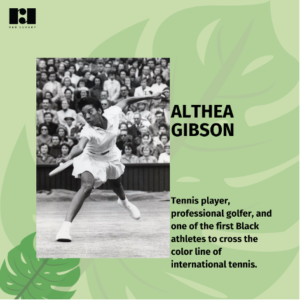 Holding the most Grand Slams titles, Serena Williams was the world No. 1 in women’s singles tennis. She started playing tennis at the age of four when her family moved from Michigan to Compton, Ca. Serena and her sister, Venus, another tennis legend, were trained by their father. Tennis.com named Serena “Greatest Female Tennis Player in the Open Era” and has been endorsed by companies such as Delta Air Lines, Gatorade, Chase Bank, Pepsi, Mission Athletecare, OPI Products, and Intel.

She currently serves as CSO (Chief Sporting Officer) for Aston Martin and is on the Board of Directors at SurveyMonkey. 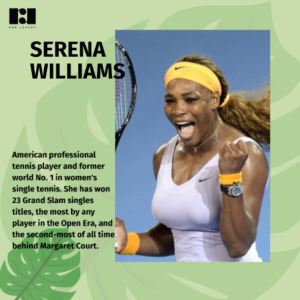 This is only a highlight of the contributions women have made to the world. Be sure to share women you know who have made history or are making history. Let’s give women their flowers now!